Over the bank holiday weekend, I got to visit the Eden Project for the first time. 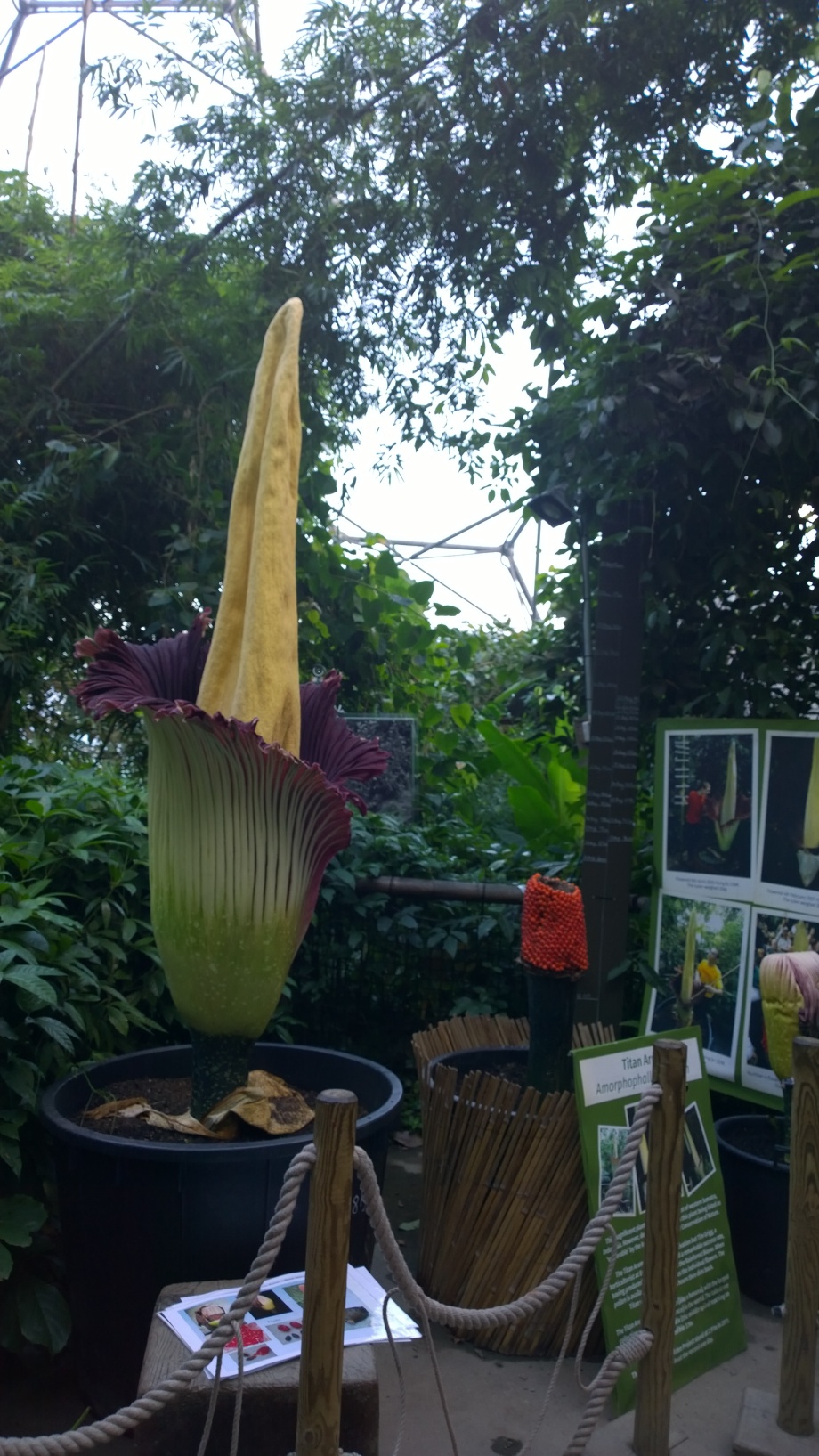 I was lucky enough to see (and smell!) a Corpse Flower blooming, which was great since I missed one blooming back where I live due to being away on the weekend when that flowered. These things only bloom for 48 hours, so it’s not something you easily get to plan or see up close. They can take up to 6 *years* to bloom. All in all, pretty awesome stuff.

I could talk more about the awesomeness at the Eden Project, but there was some disappointment to be had, which is what I wanted to natter about in this post.

The problem with the Eden Project – people. Selfish, unthinking people who just don’t seem to *get* what the folks at the Eden Project are doing. I was so disappointed to see – especially in areas like the Rainforest Biome – that people had just dropped their litter on the paths, in among the rare rainforesty plants, and in the water features. Some people have even etched graffiti into the leaves of the cacti in the Mediterranean Biome. It made me so angry, because who does that?!?  Why pay money to go in and visit a place that is dedicated to showcasing rare and beautiful flora and fauna, a place that is attempting to preserve that which is endangered, just to mess it up with mindless vandalism and sheer laziness? Where is the flipping respect for the lessons there?

This is why I sometimes hate people. And this is probably why we don’t get to have nice things.

I would highly recommend checking out the Eden Project. Just don’t be an arse, and put your litter in one of the *many* bins that are dotted about the place. And no one should have to tell you that etching your name into a plant is not a cool thing to do. If you are the kind of person who needs to be told something so basic, then do the place a favour, and stay away until you have learnt the difference between right and wrong.